FAQs about using our mobile app while offline

Written by Cory Bishop
Updated over a week ago

We've begun a staged rollout of a major update that allows you to continue using Safesite mobile apps when you're in areas of poor connectivity or completely offline. In this article, we explain what to expect when using the app offline along with highlighting a couple of features that will not work while offline.

When you first log in or sign up you'll notice the screen below will appear for a few seconds in order to sync your data. This is completely normal and will allow you to continue using the app if you happen to lose the internet connection. 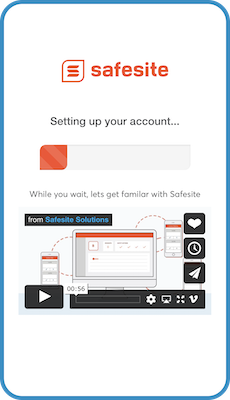 Since all your data is synced for offline usage, the entirety of the Safesite app will work when you have no internet connection. Below, we’ve highlighted a couple of features that will not work while you’re offline along with other important notes.

What to expect while offline

Features that do not work offline

What to expect when going back online after being offline

Did this answer your question?